DMAC is a good solvent for a wide range of organic and inorganic compounds and it is miscible with water, ethers, esters, ketones and aromatics compounds. 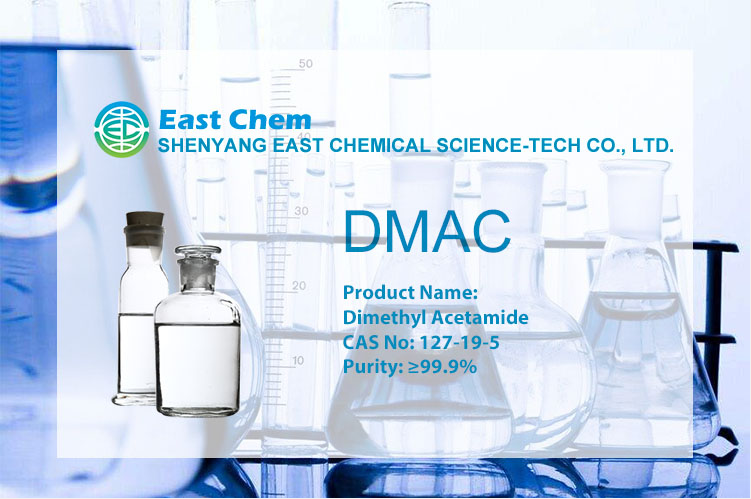 Store in a tightly closed container.
Store in a cool, dry place.
Keep away from sources of ignition.

Dimethylacetamide (DMAC) is a colorless, high boiling, polar, hygroscopic liquid. DMAC is a good solvent for a wide range of organic and inorganic compounds and it is miscible with water, ethers, esters, ketones and aromatics compounds. It is used in the production of polyacrylonitrile and polyurethane based fibers, films and coatings. The polar nature of DMAC enables it to act as a combined solvent and reaction catalyst in many reactions producing high yields and pure product in short time periods.

DMAC is a dipolar aprotic solvent used for many organic reactions and industrial applications. It is a versatile solvent due to its high boiling point and good thermal and chemical stability.

1. Acrylic fibres
DMAC is applied as solvent in wet spinning processes for the production of acrylic fibres.

2. Elasthane fibres
In the production of polyurethane-based elasthane fibres, DMAC is the solvent of choice given its evaporation speed, whether it is used in wet or dry spinning processes.

3. Pharmaceuticals
DMAC can be used both as a solvent and as a reagent in the production of various pharmaceuticals. In the production of novel x-ray contrast media, DMAC is used as a solvent. Cephalosporins, which are among one of the leading classes of antibiotics, are partly produced from derivatives of 7-ADCA (7-aminodeacetoxy-cephalosporanic acid). DMAC is used in the manufacturing process.

DMAC is a good solvent for polyimide resins, both in coating and film production. It is also the ideal solvent for the production of dialyser membranes, based on polysulfones. A mixture of DMAC and lithium chloride is a useful solvent for cellulose fibres in several applications.